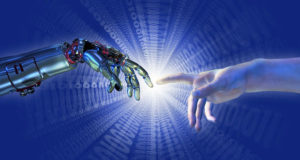 The Partnership on AI to Benefit People and Society on Friday announced that Apple, well known for its culture of secrecy, has joined the organization as a founding member.

The other founding members are Amazon, Facebook, Google/Deep Mind, IBM and Microsoft.

The group also announced the final composition of its inaugural board of trustees, naming six new independent members: Dario Amodel of Open AI, Subbarao Kambhampati of the Association for the Advancement of Artificial Intelligence, Deirdre Mulligan of UC Berkeley, Carol Rose of the American Civil Liberties Union, Eric Sears of the MacArthur Foundation, and Jason Furman of the Peterson Institute of International Economics.

They will join Greg Corrado of Google/DeepMind, Tom Gruber of Apple, Ralf Herbrich of Amazon, Eric Horvitz of Microsoft, Yann Lecun of Facebook, and Francesca Rossi of IBM.